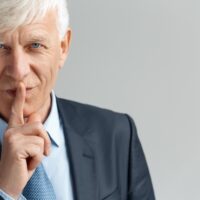 At Nita Lemon Law Firm, we are very familiar with the auto recall process. Many people experience a vehicle defect and report the defect to the manufacturer or the government, the company hems and haws a bit, then finally issues a recall. Sometimes their own manufacturers discover the defect, sometimes the government pressures them into a recall. We’ve certainly always suspected that automakers delay or avoid recalls when they believe their bottom line would be hurt more by the recall than by the threat of injury lawsuits. A recent study conducted by a number of top university researchers confirms our long-standing suspicion: Auto manufacturers delay announcing recalls when it helps them to do so, even at the expense of public safety. Continue reading to learn about the study, and call a zealous California Lemon Law and auto fraud attorney if you have been sold a defective vehicle.

Faculty at the University of Illinois, Indiana University, the University of Notre Dame, the University of Minnesota and Michigan State University jointly conducted a study of 3,117 auto recalls over a 48-year period to analyze the timing of recall announcements. Reviewing recalls instigated between 1966 and 2013, the researchers focused on whether and when automakers tended to announce recalls only after another “leading” company had already issued a recall. Researchers found that a full 73 percent of all recalls occurred in “clusters” lasting an average of 34 days with an average of 7.6 recalls. The study reveals that automakers shy away from being the only recall announced in a given period, which would cause their recall to stand out as a leading news item. Instead, auto manufacturers try to hide their recall behind other auto recalls already announced.

The study refers to the phenomenon of recall clusters as automakers “hiding in the herd” of recall announcements. Often, a more “trusted” automaker such as Toyota would be the first or “leading” manufacturer to announce a recall, while manufacturers with less impervious reputations would then tag along and announce their recalls afterward. Toyota, for example, had fewer recalls than most other automakers during the period studied, but over 30 percent of their recalls triggered a tag-along recall cluster. This pattern suggests that Toyota recalls tended to lead the news cycles, even though they actually issued fewer recalls.

Regardless of whether automakers have a real business incentive to delay a recall, the implications of the study are dark. Automakers who delay issuing a recall until the news cycle is favorable are choosing to leave defective cars on the road longer just to protect their bottom line. They are allowing drivers to continue operating dangerous vehicles, putting drivers, passengers, and everyone else on the road at risk. When a defect is discovered, a recall should be immediate and thorough. There should be no calculation about the company’s stock price or market share when people’s lives are on the line. If you or a loved one were hurt by a defective vehicle and the automaker knew about the defect long before issuing a recall, you have the right to seek justice for the company’s actions and compensation for the harm caused.

If you are experiencing problems with your vehicle, I would like the opportunity to evaluate your lemon law claim at no charge to you and discuss your legal options. For a free, no-obligation consultation, please call me toll-free at 877-921-5256, submit a free case evaluation on my website at www.nitalemonlaw.com, or email me directly at nick@nitalemonlaw.com. Either way, I will personally evaluate your case and promptly respond to your inquiries. I look forward to hearing from you.